Why Partnerships Can Energize Our Classrooms

Inteview/Article by Kevin Hodgson ·
In which Debbie Zacarian and I discuss the possibilities (and urgency) of creating and fostering community as part of the role of educators.


New Works by a Montessori Newcomer
Michael Silverstone, an Elementary co-lead teacher at Pincushion Hill Montessori in Ashland, MA, and a student teacher enrolled in the Montessori Elementary Teacher Training Collaborative (METTC), recently coauthored (with Debbie Zacarian) the book In It Together! Advancing Educational Equity, Access, and Engagement with Students, Families, and Communities. The book was published in February by Corwin Press. In addition, Michael wrote one of the concluding essays for the anthology Why We Teach Now, edited by Sonia Nieto and published by Columbia University's Teachers College Press in late 2014. Titled "Jumping Off Cliffs and Touching the Ground with Wings," the essay is a personal account of how, after 15 years teaching second grade, Michael's inability to reconcile his values as an educator with traditional schools' growing reliance on testing led to his choice to become a Montessori educator.

Some recent publications:
In It Together: How Student, Family, and Community Partnerships Advance Engagement and Achievement in Diverse Classrooms by Debbie Zacarian and Michael Silverstone (Corwin Press).

Also we wrote the 2nd Grade section of:

edited by Margo Gottleib, director of assessment and evaluation for the Illinois Resource Center and lead developer for the World-Class Instructional Design and Assessment (WIDA) Consortium  at the University of Wisconsin-Madison and Prof. Gisela Ernst-Slavit of Washington State Universtiy. 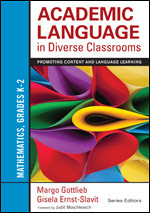 For more than 20 years, Dr. Sonia Nieto has been interviewing and anthologizing writing by teachers on the motivations at the core of their calling to be educators. My essay "Jumping Off Cliffs and Touching the Ground with Wings" appears at the end of the teacher essays in her most recent collection. Why We Teach Now (Columbia University Teacher's College Press, 2015) 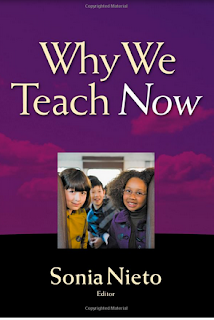 
Some of my other books in print: 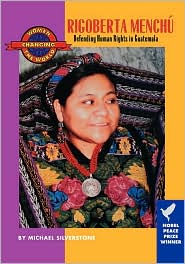 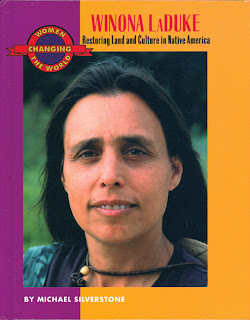 Looking Ahead to Next Year
Responsive Classroom Newsletter Summer 2005
http://www.responsiveclassroom.org/article/looking-ahead-next-year


AMHERST - When freshman Wisconsin Gov. Scott Walker tried to slip in provisions to eliminate the collective bargaining rights of state workers into a budget bill he exempted firefighters and police. He seemed to be trying to buy silence by singling out the most vulnerable victims - a time-honored strategy of bullies everywhere.

This set the stage for Wisconsin firefighters to embody a galvanizing moment of inspirational unity that may one day be as iconic as the Boston Tea Party. They marched through the streets in full dress uniform and into the Capitol rotunda that thousands were occupying, led by an honor guard of drums and bagpipes playing "America the Beautiful."

On Feb. 22, a coalition of unions including my own, the Massachusetts Teachers Association, called for rallies statewide, including one on the steps of Springfield City Hall. I then understood what it must have been like to side with the scurrilous rebels in 1776. It is a feeling a lot like being a volunteer firefighter - there is a jolt of eagerness as well as respectful dread of what might happen, with only the sense of loyalty to community and the confidence of taking action as an antidote to panic.

Usually my own sympathies are with the underdog, the pre-2004 Red Sox, the little guy, the people who aren't going to make it without help. But as a teacher, I have a more objective reason for valuing the continuation of collective bargaining.

Wisconsin is second in the country and Massachusetts is, well, I'm just reporting numbers here, first.

Assuming that the U.S. doesn't stage a nationwide race to the bottom and de-professionalize the role of teachers to more closely resemble Wal-Mart employees, would anyone like to bet which direction Wisconsin would move on that list in three years if the Walker bill goes through?

Like everyone I have come to know in the Amherst-Pelham schools, I love being a teacher with its ongoing creative challenge. I'm grateful to be entrusted with a special responsibility. Like many of my colleagues, I was working last week at home and in my empty classroom during vacation week by choice, not contractual obligation.

What I'm not sure people understand is that teachers give more through the love of what we do than we could ever be paid to give by incentive or by threat. There is a mutual bond of support and respect between teachers and the community that helps make this possible.

At the core of this is professional status - the opportunity to have a say in our teaching, our working conditions and the knowledge that we have a degree of support and security in our work that allows us to give fully.

We've been told that we're in hard times and need to sacrifice. But have those who can most easily afford sacrifice been asked yet?

No one in the general public wants a crumbling society in order to fund the corrupt rackets of wars, tax giveaways and bank bailouts.

This assault on collective bargaining rights is an attack on the very foundation of a shared common good.

The struggle of public workers in Wisconsin is in a very real sense our fight, and this is a pivotal moment that asks us to come to the defense of hard-won rights.

This is no time to stand by and watch. It is finally time for those of us who vote in November and hope it works out to become year-round, on-call citizens.